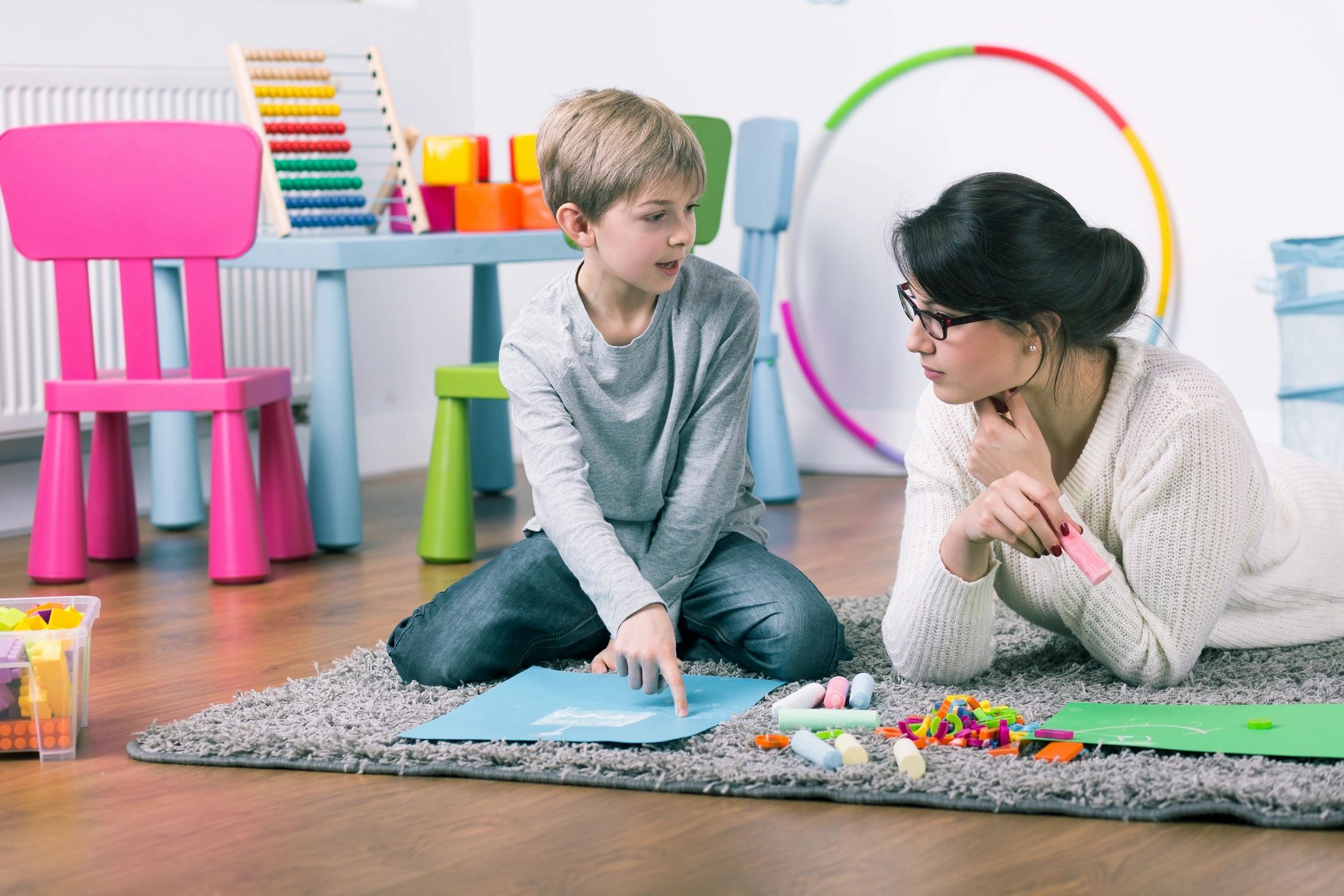 Stuttering therapy is near and dear to my heart. My own three year old boy has had intermittent issues with stuttering that I have treated.

Stuttering seems like it comes out of nowhere. One day your kid is talking fluently and the next they are repeating words or syllables–impeding their ability to communicate clearly.

Common repetitions that are not indications of a stuttering issue are the use of “um,” changing the whole word or phrase mid-sentence, or saying a sentence multiple times.

What You Should Know

Research involving twins shows stuttering often results from both environmental and genetic factors. It can be caused by conditions that exist at birth such as prematurity or it can be a result of anxiety.

While stuttering can start at almost any age, it frequently surfaces between the ages of 2 to 5 and it is three times more likely to occur with boys!

Stuttering can naturally and quickly surface and subside during a period of rapid language expansion. As a child’s brain develops and they have access to a larger vocabulary, they sometimes struggle keeping up with everything they can now say and think.

In about 75 percent of these cases, it will independently correct itself and other times stuttering therapy is a helpful intervention.

I’ll typically take a stuttering treatment approach that involves modified questioning, a tactic I will also train parents to leverage.

The goal of this strategy is to modify the way you speak to reduce the demands, and potential anxiety, on your child.

Some popular “non-question starters” include:

I’ll also use a technique called “reduplication and rephrasing.” By repeating or rephrasing what the child said:

For example, if your child says, “I-I-I wa-wa-want to g-g-go outside!” you would say back, “You want to go outside!”

Importantly, parents should reflect both fluent and stuttering utterances so the child does not feel corrected only on utterances that contain stuttering.

In a similar vein, another technique I’ll use is slowed down speech. The goal of this strategy is to provide a calm, relaxed time for the child to listen to smooth language models and practice their own speech with little to no other demands placed on them.

Allow your child to take the lead in conversation and in play without asking them any questions or giving directions. Simply describe and comment on what he/she is doing.

In my stuttering therapy sessions, parents are given the opportunity to practice these strategies with feedback, to be able to implement them in a more natural and effective way at home.

Need stuttering help? If you are in Herndon, Reston or Northern Virginia contact me!